What is a touring car? 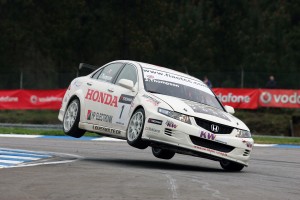 S2000 has been FIAs touring car class for quite some time now, it spawned the rebirth of the ETCC which then turned into the WTCC, which at the start had quite good manufacture support. The S2000 regulations also proved successful in the national classes, which was helped by the fact that the privateers and importer supported teams there could get their hands on cars that had previously been running in the WTCC, along with allowing them to build their own cars. We’ve seen lots of manufactured comming and going over the years, currently there’s only Chevrolet left, though both BMW and SEAT provide some factory support and Volvo is doing a toe in the water project in 2011, with the potential for a full on effort in 2012. 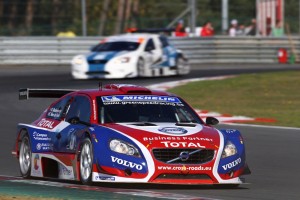 S2000 has gotten expensive though, and the now the national series are looking at new cost-cutting regularions. BTCC has chosen NGTC, where the cars share a common front and rear subframe, thus making the build of the car and later on, spares cheaper. There’s also the option of leasing a spec NGTC engine which should further cut the costs of competing in the series. The S2000 and NGTC racing cars use a road car bodyshell and therefore look (and is) very much like a stripped out version of the cars you see on the street. Now TouringCarTimes are reporting that some STCC teams want to run silhouette based cars from 2012. These should be based on the BTCS (Belgian Touring Car Series), where you have a common frame with individual carbonfiber or glassfiber bodywork, these cars would have nothing in common with what you see on the street, except a similar “silhouette”. The reasoning is that this move would be less risky ‘cos the BTCS formula is proven and NGTC is new and unknown.

What’s interesting is that the BTCC seems to be in for a fine season in 2011, with a mix of S2000, NGTC and hybrids between the two, so it can’t be all bad. A move to silhouette cars would make it difficult to have a transition year like BTCC is having in 2011, because the cars would be vastly different and equalization would be almost impossible. It would force anyone who wants to participate in STCC to buy a new car for the 2012 season, and it would mean an end to bringing in former factory cars from WTCC.

It’ll be interesting to see how it’ll all work out. The sensible thing to do would be to stick with the S2000 formula for another year and see how NGTC and the WTCC gets on.